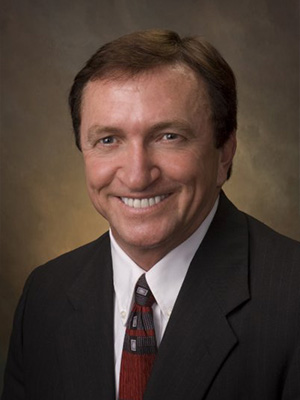 Charles H. Gaulden is a professor at Southeastern University. He served in pastoral ministry for thirty years. He completed his first doctorate with doctoral work in archaeology in Israel. He is almost finished with his second doctorate from the University of Wales in Great Britain. He has made numerous trips to the Israel and the Near East. His specialty is the Old Testament and has studied a number of ancient Near East languages. Part of Dr. Gaulden’s doctorate was completed in Israel in the field of archaeology, and his masters degree beyond the doctorate included advanced language training in Hebrew, Greek, Egyptian, Phoenician, and Aramaic. A lifelong student, Dr. Gaulden is pursuing a second doctorate in Old Testament, focusing specifically on the Psalms. Dr. Gaulden started work young as an engraver for a granite company, but heard the call to do his engraving on human hearts and began to pursue training for the ministry. He served as a pastor in South Carolina for thirty years, pioneering one church and leading two others through major growth initiatives, increasing the attendance and physical plant while reducing the church’s debt. He has also written book reviews for magazines, a book on the life of Christ that is widely used in Russia, Sunday school curriculum used in over five thousand churches, and the devotional book Hanging the Pirates.